We are breaking all sorts of records here in Texas. First we broke the longest running streak of days over 100 degrees; the record was 69 days until now. Then this weekend we had the hottest day of the year at 112 degrees, which actually ties the hottest day ever in Austin. Also, the Humane Society lost power and it may not return until Tuesday. If you know anyone in Austin wanting to adopt a pet, they are doing free adoptions during this power outage.

That being said Ryno and I decided it would be wisest to stay at home most of the weekend. Although, we did beat the heat with a movie one day. We saw Crazy, Stupid, Love. It was a fun date movie and had an excellent cast. Since we don't have much to tell from this weekend, I thought I would finally share our Dallas photos from last weekend. We had such a fun weekend with our friends Sara & Taylor and hope to see them in Austin soon!

Isn't it awesome how the sharks are so close? We were sitting in a tunnel that the sharks could swim over, so they were circulating around us. 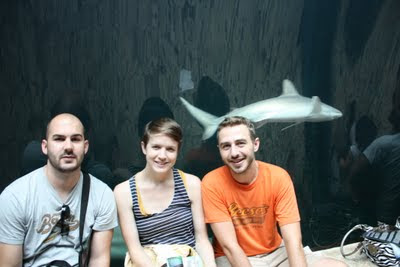 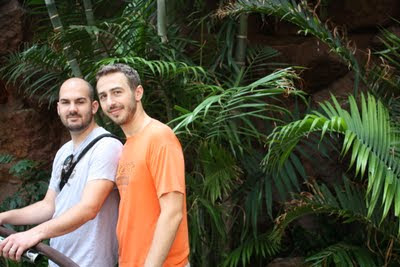 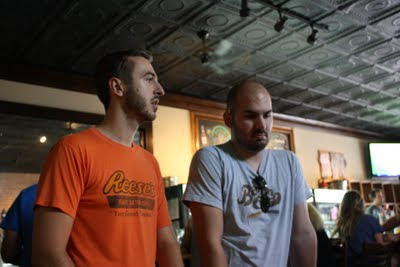 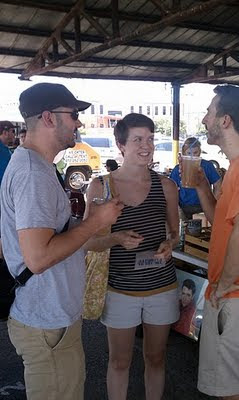 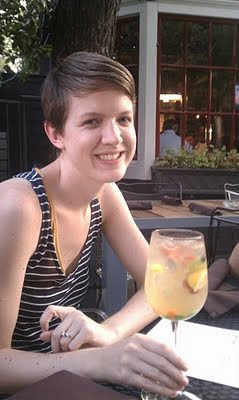 The last three photos are from the rest of the day before and after the aquarium. We started the day with an open-air art market and ended it with dinner at Common Table. Also, we made a little pit-stop at Bottle Shop to pick up a growler of Live Oak Hefeweizen. It was a great weekend getaway with good friends!
Posted by Ren