I was reading little glowing lights the other day when I came across a yearly music review she wrote. I thought it was a great idea, and I wanted to try it here since I spend so much time talking about music. Plus Ryno and I love to look back through old posts and reminisce, so I thought this would be a perfect way to record what music influenced us the most that year. Also, I secretly have a goal to compile a list of every show I've ever attended. It seems like a fairly lofty goal, but maybe this will encourage me to keep track of it better.

The Head & The Heart

A Seattle based band that a friend, whose husband is credited with recording their first album, told me I should check out. She was absolutely right that I would like their music, and their album The Head and The Heart has been a go-to for Ryno and me all year. I desperately wanted to see one of their shows when they were in Austin, but the only two shows they played were both the same weekend we returned to Alabama to move. I'm hoping they will return to Austin this year—fingers crossed!

The band formed in 2004, but didn't release their album until 2009 due to their individual projects. I first saw them perform on Austin City Limits television show. The members are Jim James, Mike Mogis, Conor Oberst, M. Ward & Will Johnson. 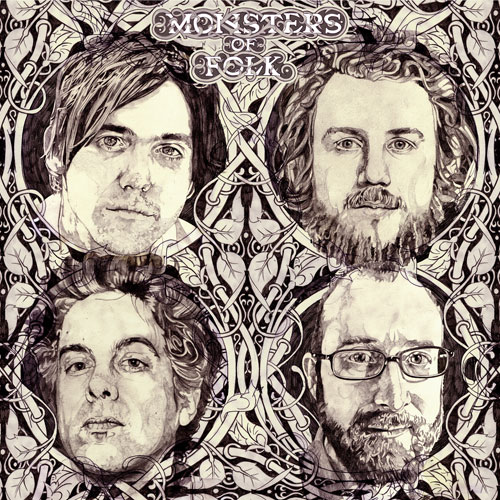 The Decemberists
The Decemberists are an Indie Folk Rock band from Portland fronted by Colin Meloy. The other members are Chris Funk, Jenny Conlee, John Moen & Nate Query. We were lucky enough to see them perform the last time they were in Austin. It was an amazing show with a lot of passion to entertain the audience.

Balmorhea
The most recent show we went to was Balmorhea at The Parish. While we bought tickets never having heard them before, we left really excited about their music and wanting to hear more. Technically, they belong to 2012's music review, but I didn't want to leave them off. Balmorhea is an Austin based band comprised of Rob Lowe, Michael Mueller, Aisha Burns, Travis Chapman, Kendall Clark & Dylan Rieck.