Ryno and I just returned from celebrating the Willie Nelson statue unveiling that took place on Willie Nelson Boulevard this afternoon in Austin. I was downtown working today, so Ryno rode his bike from his office to meet me. When I arrived some of Willie's entourage was hanging outside on the sidewalk in front of the ACL Live, where the statue was being removed from the crate. I walked around and shopped for a bit before grabbing a spot under a tree right in front of the podium. Then Ryno showed up, and we waited for Willie to arrive. When Willie's bus pulled up the crowd started cheering and snapping photos. The first speaker was from the Capital Area Statues, Inc, followed by the artist, Clete Shields. Shields made a nice quip that when he first met Willie, after he had already finished the statue, Willie said to Shields "I bet you're sick of me." Following Shields was actor, Chris Cristopherson and finally the mayor. Then Willie came up on stage, asked what time it was to which the crowd replied "4:20." He posed for a few photos with the statue before singing "On The Road Again" and "Roll Me Up And Smoke Me When I Die." It was a perfectly Austin event; the crowd didn't shy away from joining in the festivities and everyone sang along. The statue is really amazing, and I am so excited to have a Willie statue here in Austin! It's definitely something to see if you make a trip to the city. 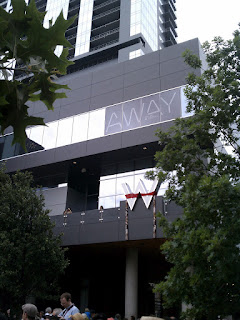 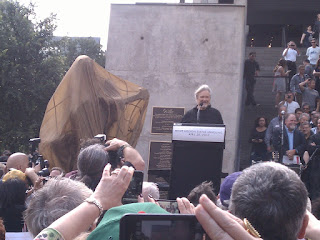 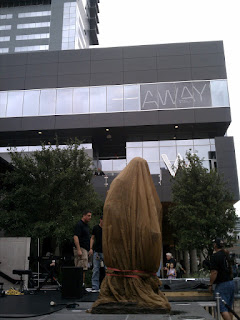 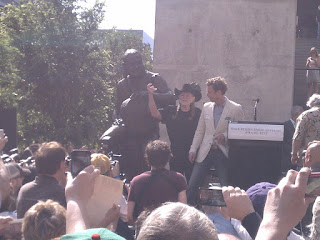 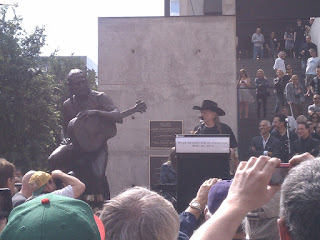