I remember the first time I heard Pete Yorn was in a record shop in the Virginia Highlands in Atlanta that my friend Bev had introduced me to a few months prior. I was standing at the store's listening station playing a song or two from every album you could sample (it was a small boutique record store, so there were only a handful of options). As soon as the first song from Pete Yorn's first album, Music for the Morning After, played I knew I had to own it. I also remember thinking to myself this is a quintessential moment of college discovery; he wasn't the first artist I found on my own while in college, but he stands out the most to me. By no means am I a huge Pete Yorn follower, in fact, when I heard Relator I was a little surprised to discover he was still making albums. However, for me, the most surprising part about Relator is that he is accompanied by Scarlett Johansonn. She has such an interesting voice, and I think they sound great together. I hope you enjoy it, and I hope you have a great weekend!

I had to share this map I found on Dapper Lane. I have big hearts for maps of all varieties, but I am definitely interested in finding a fun way to track the places Ryno and I visit together. I think it could be such a great art installation in our home. Thoughts?

The other day I saw my first Teacup French Bulldog puppy; it was adorable. I did a complete 180 and tried to play it cool as I asked the owner her French Bulldog's age. She told me it was actually a Teacup French Bulldog and that it was a few months away from being a full sized adult. I tried to research information on this breed, but I wasn't able to find much about Frenchie Teacups. So I really don't have much to add beyond... look how cute!

south of the border (down mexico way)

...well not quite south of the border

Ryno and I went to San Antonio this weekend. We had a fun trip and we were able to see some friends from college who now live in Houston. We get together from time to time and it's always exciting that we are all in Texas now! We had some amazing Mexican food and a great view from our balcony of the Riverwalk.

I took some pictures with a new photo program I am using called Streamzoo. I am a fan and so far they haven't been bought out. Have you tried it? I love the filters and cropping options.

Why you gotta be so mean?

I would say I can't believe I haven't posted since Monday, but that would be a lie. My week has been filled with appointments and long work days. I'm sorry I haven't been around; I've missed sharing here. I am cutting out early this week for a (much needed) vacation! Ryno and I are taking a long weekend to get together with some old friends. I am really looking forward to seeing them, we always have a lot of fun together.


The good news is I am going to sign off for the weekend with my typical Friday music post today!
I loved Taylor's performance of Mean at the Grammy's. It is a fun song and I really enjoy it...hope you do too.  I will be back next week; until then have a great weekend!

I hope you had a great weekend! Ryno and I had a super summer-filled weekend. We kicked it off with hot dogs at Franks downtown and wrapped up the weekend with homemade ice cream with friends. 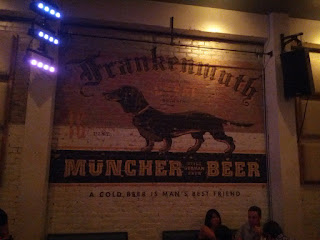 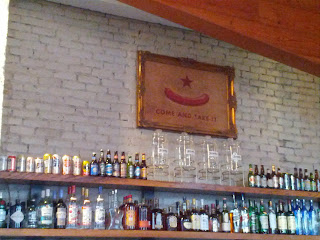 My friend, T, was super sweet and took this photo of me while we were out Saturday (prior to me chopping my hair for summer). 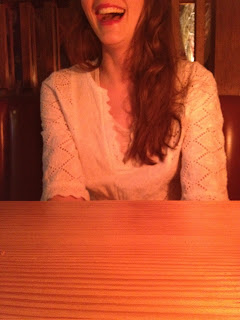 Today I'm sharing The Paper Kites; they are a new band to me. I'm sharing them mainly because I think their video is absolutely beautiful. It truly reminded me of the freedom I felt as a kid to play and create an imaginary world for myself. Also, the song is fantastic as well. I hope you have a wonderful, relaxing weekend. We are going to have some summer fun, and I can't wait!

I am looking forward to the weekend, and some time to bask in the summer sun. Bring it on Friday!

Have you been watching Girls? Ryno and I heard rumors before it aired that it would be the next SATC, which meant I had to watch. I thought it was funny that we both had very different reactions to the first few episodes. Ryno didn't really relate (it is very much a female perspective), and I saw something completely familiar in the friendships between the girls. It definitely made me miss my girlfriends that I use to live with and see every day, some of whom I am only able to talk to a couple of times a year. At the same time, I also feel happy to be beyond those early post-college years. For me it was a time when a lot of friends were having to move for jobs and eventually I moved too, so we were all being pulled to different places. It's nice to feel like we have a permanent home these days.

Ryno and I have one constant disagreement, I would say without exception, whenever we go shoe shopping for him. It revolves around me trying to convince him to try on stark white shoes & him trying to convince me he could never pull them off. I'm sure we sound ridiculous to the mostly male customers around us (as we are shoe shopping for him, we are in the men's department). I know every time I am going to lose, but I can't resist. I just think they would look so good, so I have gathered proof. I give you Michael Bastian's GANT Collection via Refinery 29. 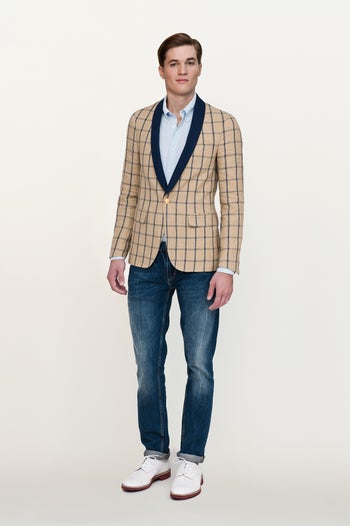 I watched The Great Gatsby trailer this weekend. I hate to say it, but I've been avoiding it. I absolutely loved The Great Gatsby in high school, and I had a brief obsession with the life of F. Scott Fitzgerald. This was prior to Wikapedia, so I was researching him in every book and article I could get my hands on. Anyway, I was a little afraid this movie wouldn't live up to the Robert Redford original. However, the preview looks beautiful and exciting. It's also nice to see Leo in something where he looks very suave again. Are you excited to see it too? I think it will be a perfect fit for a Christmas movie.

Ryno and I barely had plans going into the weekend, and then last minute plans seemed to come together.  We did have tickets to see The Head & The Heart on Saturday at Stubbs. However, we weren't expecting to run into some of our very close friends at the show. We were able to catch up a little and make plans for brunch at South Congress Cafe the next morning. South Congress Cafe's brunch was amazing! We agreed there was too much to try and we would have to go again, especially since everything we ordered was delicious. I had the migas on a croissant and Ryno ordered goat cheese and lemon pancakes...I may have had a few bites from his plate. As for The Head & The Heart we had a lot of fun. They put on such a great show and Charity's voice in person was absolutely beautiful.

Have you heard "Ho Hey" by The Lumineers? It's a current favorite of mine. The Lumineers just released their first full-length album in April. I wish I already owned their album and could speak to their other songs; I'll probably buy it this weekend. I hope you enjoy "Ho Hey."


Also, Ryno and I are going to see The Head and The Heart play this weekend, and I can't wait! I have been waiting to see them for over a year now. We also want to see Moonrise Kingdom, the new Wes Anderson film. Have a great weekend!

Did you ever see High Fidelity? I saw it first in college, but didn't truly appreciate it until I met Ryno. It's his all time favorite movie, and whenever he starts quoting something it's a safe bet it's from High Fidelity.  John Cusack plays, Rob, a record store owner. In the movie Rob recounts his top five break-ups, which he connects to the music he listened to at the time. Also, he discusses the art of making a mixed tape.

Now, the making of a good compilation tape is a very subtle art. Many do's and don'ts. First of all you're using someone else's poetry to express how you feel. This is a delicate thing. - High Fidelity


Music has always been important in our relationship; I remember the summer before we started dating Ryno gave me a stack of cd's. He later told me, while he wouldn't quite admit to it being a test, he was curious to see if I would listen to them and like them. I did listen to them and our first conversations were filled with our likes/dislikes in music. We started dating in the fall, and the first gift I gave him was the Garden State soundtrack (it was our first movie date). For Christmas he gave me two Bright Eyes' albums that I played on repeat for a solid 6 months, at least.

When we were planning our wedding, one of the first things we discussed was the music. I always knew I wanted a DJ, because while Ray Charles and Willie Nelson would never perform at a wedding, I wanted their music and voices to be a part of our wedding day. I wanted to play the same songs we listened to on that day in years to come. In fact, when I look back at our wedding one of my favorite parts of the planning was the music. Ryno and I made our play list together, and we had so much fun thinking of all the musicians and songs we wanted to include. So here are the highlights from our play list.

Summer vacation has started in Austin. The schools are out and it seemed like all of the kids I passed on my way home today were out riding their bikes. I always loved the endlessness of summer break & the summer vacations!

"It was June, and the world smelled of roses. The sunshine was like powdered gold over the grassy hillside” ― Maud Hart Lovelace, Betsy-Tacy and Tib
Posted by Ren No comments: