It's nice to be back in Austin. Yesterday the weather was wild, it actually reached 80 degrees. Today, has been a reality check with grey skies and the temperature hovering around the 50's...brrrrrrr! While we were home in Virginia for the holiday we day-tripped to Pennsylvania to have lunch with my sister at the cafe in Terrain. It was a fun trip, and I enjoyed seeing Terrain decorated for the holidays.

Before the trip home, I was in Tennessee for work. While I was there a few friends and I stopped by Imogene and Willie, the denim brand based in Nashville. The store was fantastic, and everyone was so friendly and helpful. The best part is that they tailor your jeans while you wait. It's definitely a fun spot to visit if you find yourself in Nashville. 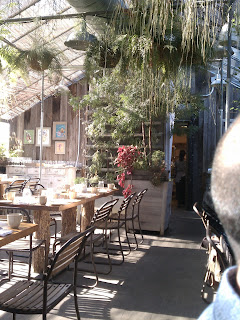 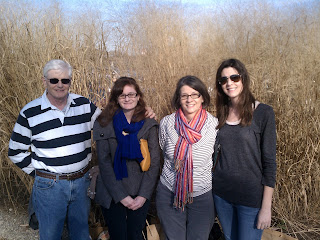 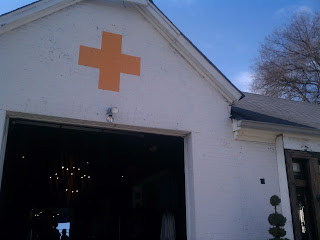 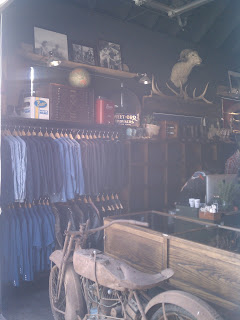 I've been away on a work trip, and now I'm enjoying being home with family. I hope you are enjoying your holiday too whether you are celebrating with family or friends. I'll start posting again on Monday. Until then I'm off to have some turkey. 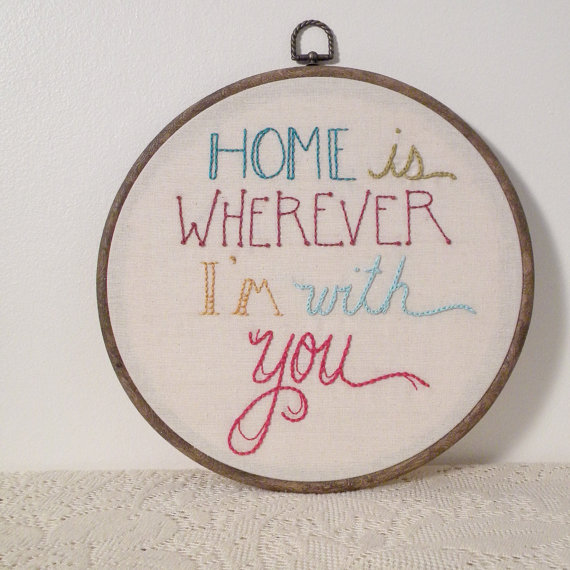 This weekend Ryno and I went around to the East Austin Studio Tours put on by Big Medium every year. I've gone all three years that we have been in Austin, and I always find it really inspiring. We kicked off the weekend with an EAST event at Domy books. Our friend, Brad, was the dj for a magazine release party. Sunday we went around to a bunch of studios and stopped by a friend's place to see her work. If you are planning to go next weekend, I would recommend stopping by Pump Project's studio space; they had a lot of variety within the artists and their work.

One time Ryno's brother asked me if I could be a member of The Beatles or The Rolling Stones which would I choose. I quickly answered "The Stones." I love The Rolling Stones, and they have written several of my favorite songs. I was obsessed with "Beast of Burden" in college and now it's a toss up between "Wild Horses" and "You Can't Always Get What You Want." Today, I thought I would share a recording of "Wild Horses" from the 90's. Happy weekend!

Did you vote today? Ryno and I voted early a couple weekends ago, and we're watching the results coming in tonight. If you're like me and plan to catch up on your reader as you watch the polls close, I recommend checking out this tumblr (so fun) if you're in to Downton Abbey. Also, did you see Beyonce got an instagram account and shared this photo?

Ryno and I had a nice weekend of exploring. We woke up Saturday both wanting to get out and see something new. We thought it would be great to check out some parks in the area, however, it turns out a lot of the local parks don't allow dogs. Since we wanted to take Elton along, that was a deal breaker. We finally decided on Bastrop State Park, which was hit hard with wildfires last summer. I guess I expected more of the park to have recovered by this point, which I realized was pretty naive once we arrived. Everything is still black from the fires, and while there is some new growth on the ground, hardly any of the trees have pine needles on them. It was eerie and fascinating at the same time. 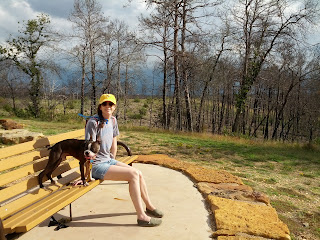 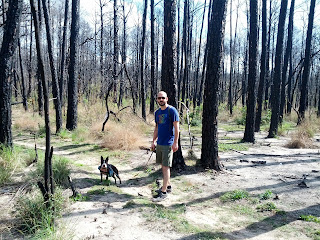 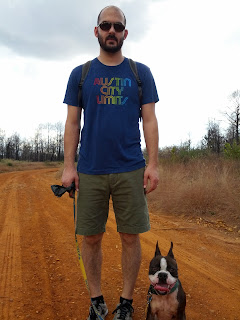 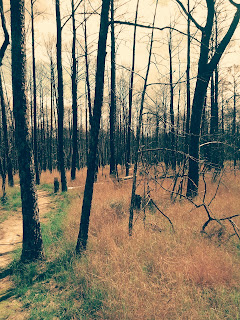 Check out Elton's little backpack we bought him for hiking. He carried his own snacks; it was adorable and he didn't mind it at all.

After our hike, we went to find lunch in Smithville, TX. The barbecue place we wanted to try was closed, so we headed to downtown Bastrop. Smithville is the town where Hope Floats was filmed. I LOVE Hope Floats, and I've been wanting to visit Smithville since we moved to Austin. It was very cute!

Now performing as Father John Misty. Ryno and I went to The Mohawk earlier this year with some friends to see him perform. The show was fantastic and so unbelievably entertaining. Since then Ryno and I have been listening to his new album Fear Fun. He's made some new music videos for the album, but I wanted to share this video from KXEP in Seattle, because he plays a small set and discusses his work as well. It's a great introduction to his music if you haven't heard it before, and a fun way to watch him perform if you are already familiar. I hope you enjoy it and have a wonderful weekend! We are going to be celebrating Ryno's brother's birthday this weekend!

I missed posting yesterday, but I didn't want to skip sharing my favorite Halloween costume ever! Rainbow Brite...kind of amazing, right? It was a hand-me-down costume from my sister (she wore it the year before), but I was so excited when I got to wear it to my preschool Halloween party. I just learned recently that my dad made it for us, I always had assumed my mom made it because she worked on most of our costumes from other Halloweens. Our family always went all out for Halloween; it's definitely a favorite holiday of mine, so Happy belated Halloween!